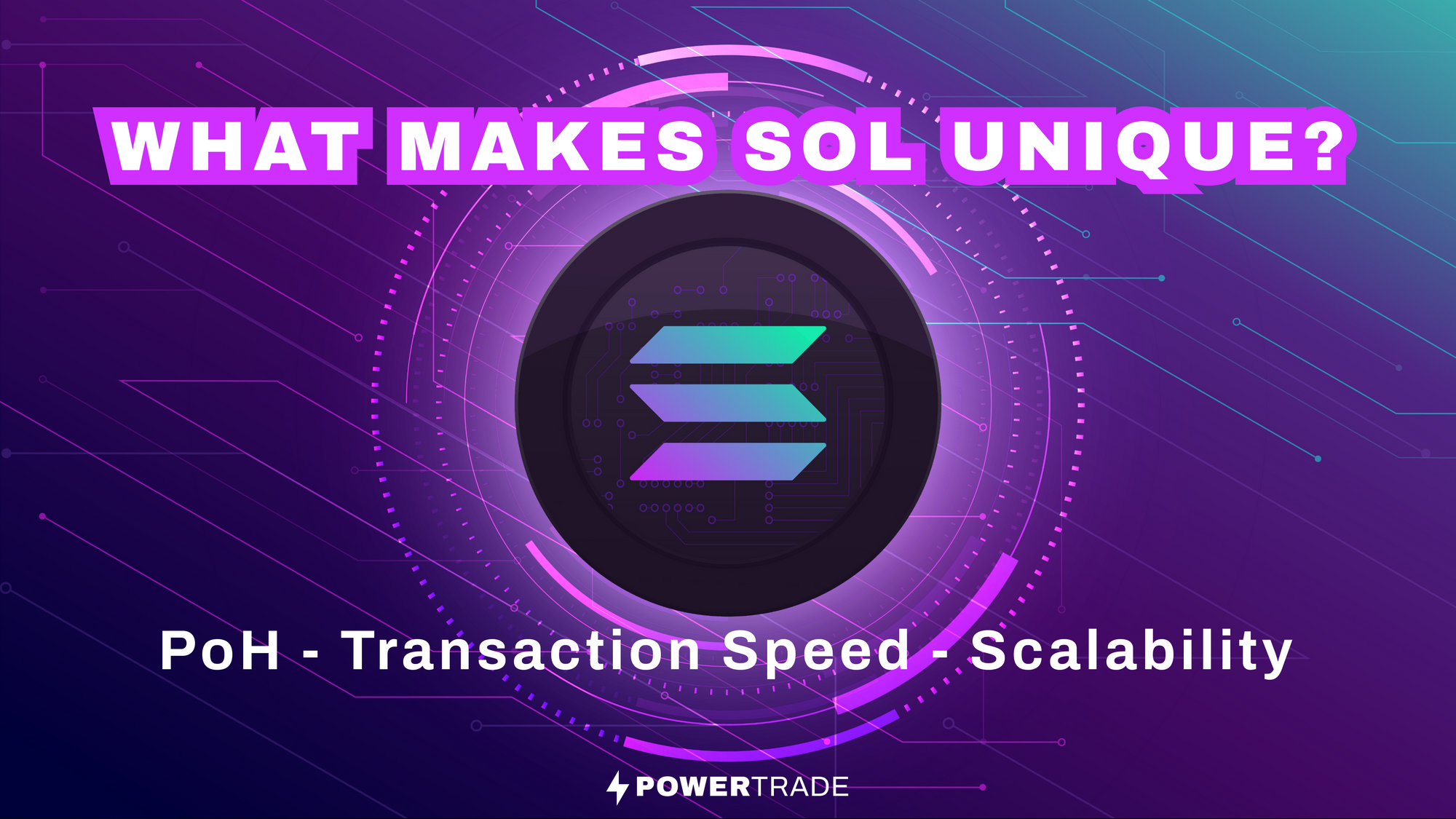 We excited to announce we will be adding Solana (SOL) on to our platform. But why should you care? What makes SOL different from ETH or other projects?

Solana was created to deal with the failures of its predecessor. It is a high performance decentralized block chain built to scale and has one of the fastest growing ecosystems. One of the key notable benefits of SOL is it much faster in terms of the number of transactions it can process and has significantly lower transaction fees compared to ETH.

The Solana network uses a PoH consensus. Using PoH allows the Solana network to create a historical record that proves an event has occurred at a specific moment in time. PoH uses a cryptographically secure function written so that output cannot be predicted from the input, and must be properly executed to generate the output.

Solana achieves a higher efficiency with transaction speeds by utilizing a centralized network. Which does concern some users as this comes with a certain level of risk.

The Solana network uses a Tower Byzantine fault-tolerant (BFT), which removes the need for nodes to communicate with each other in real-time, and the result is improved efficiency. Currently, the Solana network can process approximately 50,000 transactions per second (TPS).

The Solana network is scalable at its core level, meaning it does not require layer-two solutions to increase scalability.

The technology behind the Solana network breaks down data into smaller chunks, making it easy to transfer it across the network. Another technology called Sealevel also helps the processing of transactions across GPUs and SSDs, both of these combined result in an efficient blockchain network.

Is Solana or Ethereum Better?

Solana has received high praise for its speed and performance and has been touted as a possible crypto industry leader that could rival that of the Ethereum (ETH) network.

One of the key differences between ETH and SOL is the transaction speed as while with ETH proof of work (PoW) model can only handle around 15 transactions per second (TPS). SOL Proof of History (PoH) model has been estimated to reach speed of over 50,000 TPS. In terms of transaction speed there is really no comparison between which has been one of the reasons for the large growth in SOL.

If you have ever tried to purchasing an NFT. I'm sure you run into the issue of extremely high gas fees when using the Ethereum network. However, with SOL the average transaction fee of just $0.00025 you can see why many are turning to SOL for there NFT projects. While on the other hand ETH has average transaction fee of between $3-10 which can fluctuate into the hundreds during busy or peak times.

Another notable factor is while Solana has implemented a variation of Proof of Stake (PoS) called Proof of History (PoH) which is more sustainable. ETH is still using the PoW model which uses a tremendous computational energy.

SOL also is not without its faults the main two issues that detractors have noted is uncertainty around the SOL supply and centralization of Solana.

In November 2021 SOL circulating supply was just 8.2 million but that they had, without notifying the community, loaned an additional 13 million tokens to a market maker. The community was angered by the lack of transparency worried about lies, fraud and deception. SOL founder Anatoly Yakovenko wrote a post to explain the additional coins. Yakovenko said that the tokens were provided to a market maker in order to provide liquidity in the aftermarket.

The issue of centralization of SOL that some are worried about has to do with around half the token supply is owned by venture capital firms and other insiders. Which is counter to the concept of a decentralized network.

In summary SOL is a great project with lightening fast transaction speeds and low transaction cost that rivals ETH. However, some transparency issues and worries over small number of nodes holding a large share of the supply have worried some investors.

Now that you have learned a little about SOL. You're ready to take the next step and buy some SOL on the PowerTrade App!